A ghost rider at the wheel 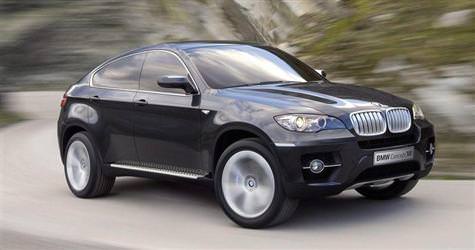 Police are investigating into a hit and run accident that took place in Beşiktaş yesterday morning. Possible suspects include Fenerbahçe’s captain Alex and Bilica’s wife.

At 6:45 am yesterday morning a vehicle crashed into a motorcycle courier who was stopped at the red light. The injured motorcyclist was taken to the hospital. The jeep's license plate had fallen off at the scene of the crime, revealing that the vehicle was a BMW X6 registered to former Fenerbahçe footballer, Roberto Carlos.
REGISTERED TO ROBERTO
Due to the fact that Fenerbahçe's former player Roberto had long since returned to Brazil, the true identity of who was driving that night remains a mystery. According to one allegation, Fenerbahçe's Captain Alex De Souza may have been driving the vehicle upon his return from celebrating the win against Trabzonspor on Sunday night.
INJURED COURIER REMAINS SILENT
Another allegation is that when Carlos departed, the club gave the vehicle to Bilica, who handed it over to his wife. There is also the possibility that Bilica's wife was behind the wheel at the time of the accident. However, this cannot be confirmed. Injured in the accident, Feysel Taşkın refuses to answer questions. It turns out the courier is employed for a cargo company that acts as a sponsor for the Fenerbahçe Club.
The accident took place on Barbaros Boulevard, located in Istanbul's Beşiktaş district. In the early morning hours yesterday, a luxurious vehicle hit motorcycle courier Feysel Taşkın from behind as he was waiting at a red light. Due to the force of the impact, Taşkın was thrown onto the hood of the car in front of him. The jeep which caused the accident immediately fled the scene. However, as the vehicle escaped, the front license plate, which read 34 MB 233, fell off at the scene of the crime. Eye witnesses immediately called the police, who pursued the vehicle which had committed the hit and run. Upon investigation of the license plate, police discovered the vehicle was a luxurious X6 model BMW. The 34 BM 233 license plate turned out to be registered to a Roberto Da Silva Rocha. This name belongs to none other than Fenerbahçe's famous former footballer Roberto Carlos. However, Carlos has long since returned to Brazil, which meant of course that the driver behind the wheel remains to be a mystery.
A NIGHT OF CELEBRATION
Coincidentally, approximately half an hour prior to the accident, Fenerbahçe footballers, who had been celebrating the win against Trabzonspor into the night, exited the Supper Club, located in Ortaköy. Amongst those out celebrating were Fenerbahçe's Fabio Bilica, Andre Santos, Joseph Yobo, Diego Lugano, Mamadou Niang, Miroslav Stoch, Özer Hurmacı, Alex de Souza as well as some of the players' wives. Trabzonspor's Brazilian players Alanzinho and Jaja also joined in the celebrations that night. After the night of fun, the footballers hit the street to get into their luxurious vehicles and return home. Barbaros Boulevard happened to be the route used by a number of Fenerbahçe footballers who reside on the Asian side of the city. After the accident, a number of eyewitnesses claimed they saw Alex De Souza behind the wheel. However, police have not verified these accounts, and the Fenerbahçe Club has adamantly objected otherwise to the allegations. So, who was it that was driving the jeep? Another interesting allegation has surfaced that the vehicle in question was given to Fabio Bilica upon Roberto Carlos' return to Brazil. Bilica, who was driving another vehicle at the time, supposedly gave the car to his wife Jacqueline Bilica.
Police have initiated an investigation into the accident; however have not yet determined who was driving the vehicle at the time. Neither Alex, nor Jacquline Bilica has turned themselves in to the Police Department, confessing to the accident. The Beşiktaş Police Department's no: 8542 MOBESE camera did record the accident that transpired, however as the front windshield was fitted with dark glass it was impossible to identify the driver.
QUESTIONS LEFT UNANSWERED
The impact of the crash was so strong that motorcycle courier Feysel Taşkın was thrown onto the hood of the vehicle in front of him and then had to be taken to the hospital. Taşkın was taken to the Beşiktaş Police Department to provide a statement; It has yet to be determined whether or not he filed a complaint. Upon his exit however SABAH correspondent Mustafa Kaya asked Taşkın how the accident happened, to which Taşkın did not respond. Taşkın simply stated, "There is nothing wrong, everything is okay. Don't ask any questions."
It has since been revealed that Taşkın is employed for a private cargo company that acts as a sponsor for the Fenerbahçe Football Club.