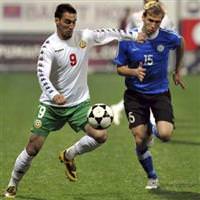 Bolivia's friendlies in Turkey next month against Finland and Bulgaria have been cancelled following FIFA's announcement they were investigating two matches played in Antalya on Wednesday, the Bolivian Football Federation (FBF) said on Sunday.

Bolivia followed Bulgaria's lead and asked FIFA on Friday to investigate refereeing irregularities in their 2-1 defeat by Latvia. Bulgaria draw 2-2 with Estonia the same day and all seven goals in the two games were scored from penalties.

"Bolivia had other matches scheduled in Turkey -- against Finland on March 25 and Bulgaria four days later - but the programme organised by a private international company has been cancelled," FBF manager Alberto Lozada told reporters.

Local media said Bolivia were seeking replacement friendlies in Central America in March to continue their preparation for the Copa America in Argentina in July.