Trabzonspor’s love of the peak continues… 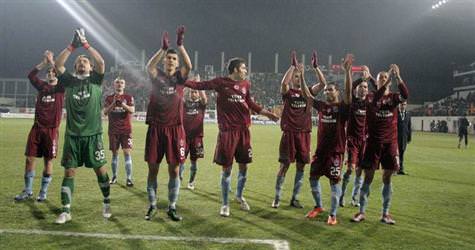 With a victory last night against Manisaspor, Trabzonspor has reclaimed their position at the top of the league from Fenerbahçe.

Trabzonspor went into last night's game with a heavy load on their shoulders. Not only had Fenerbahçe secured a derby win the night prior, placing them at the top of the league, but both Engin and Egemen were unable to play in an away game against Manisaspor which has historically always been trying for the team.
Trabzonspor fell 1-0 behind with a header by Dixon in the 14th minute and Manisaspor would not let up. In the 53rd minute of the game, Umut evened out the score. Goalie Onur's work was grand. It was Alanzinho however who sealed the deal on last night's win with a goal that came in the final fourth minute of the game.