Courier to sue Bilica for hit and run 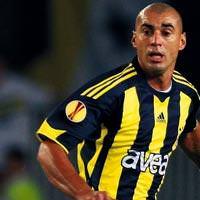 Feysel Akalp, a courier who was a victim of a hit and run on Istanbul’s Beşiktaş Barbaros Boulevard, while Fenerbahçe footballer Bilica escaped the scene, has announced plans to file a criminal complaint.

Announcing that despite promises to cover his medical costs, Bilicia did not come through, Akalp states, "Bilica, nor my fellow townsman Aziz Yıldırım never even called once. I will be filing cases against both Fabio Bilica as well as the owner of the vehicle Roberto Carlos.
'HIGH FIVE' AFTER POLICE STATEMENT
Explaining that he had to undergo 14 days of medical treatment, Akalp states, "Bilica provided a statement to the Beşiktaş Police Station with his translator. Later, they both smiled and gave each other a 'high five'. Seeing this really saddened me." Suffering from a back injury and temporary memory loss as a result of the accident, Akalp states; "My 3,000 lira motorcycle is insured, however the 500,000 lira jeep did not have accident insurance. This vehicle hadn't been through customs or had taxes paid on it. I want those who drive intoxicated and pay no heed to traffic laws to suffer their punishment."
CRIMINAL COMPLAINT AGAINST CARLOS
An indictment, requesting up to a one-year sentence for 'injuring a man due to negligence' has been filed against Bilica, however Feysel Akalp states that he is also filing a complaint against vehicle-owner Roberto Carlos.