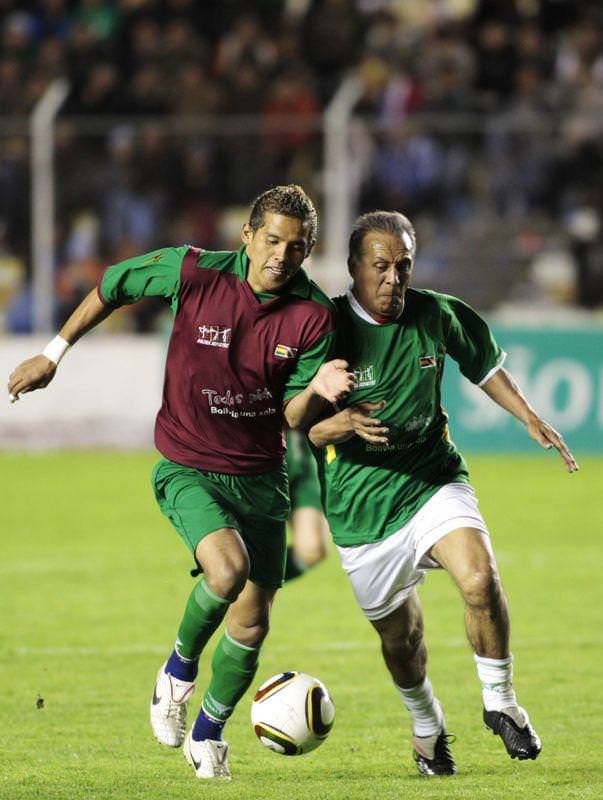 Four national teams - Latvia, Bolivia, Estonia and Bulgaria - were invited to Antalya in Turkey last month for a double header and the two games produced seven goals, all scored from penalties.

One of the spot-kicks was even re-taken after the initial penalty had been missed, while only 100 spectators turned up to watch the matches.

Officials from the four countries involved afterwards raised questions about the game with FIFA and UEFA, and queried the identities of the match officials involved. Unusual betting patterns on the matches also alerted investigators.
Following an investigation, FIFA have now brought charges against six officials.
The world governing body said in a statement: "FIFA has opened disciplinary proceedings against six match officials in relation to the international A friendly matches Bolivia-Latvia and Estonia-Bulgaria played in Antalya (Turkey) on February 9 2011.

'The proceedings were opened following an evaluation of all documentation and information received by FIFA, in relation to a possible match-fixing situation in these matches. The FIFA disciplinary committee will be in charge to deal with the matter.'
The identities of the officials charged have not been released by FIFA but the Hungarian FA last month suspended referee Kolos Lengyel and two other Hungarian assistant referees following the matches in Turkey.

The friendly games were organised by a Thailand-based company called Footy Sport International via a Russian intermediary. Latvia beat Bolivia 2-1 while Estonia and Bulgaria drew 2-2.

Estonian Football Association spokesman Mihkel Uiboleht admitted there had been concern about the matches.

He said: 'The friendly was organised by an agency with whom we will not work any more.
'We received information of possible manipulation even before the game as the same agency also organised the match between Latvia and Bolivia and there was the same scenario there.'
At least the teams involved were genuine - last year a fake Togo team played a friendly against Bahrain, losing 3-0, while in 2009 a fake Zimbabwe team went on tour in Thailand and Malaysia and players involved admitted throwing matches.