Schuster steps down as Besiktas coach 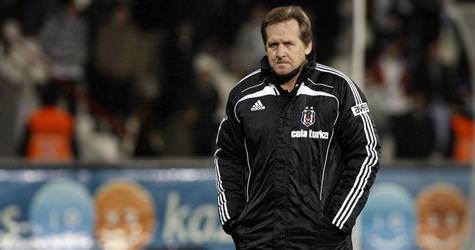 German Bernd Schuster resigned as Besiktas coach Tuesday telling the club he could not achieve what he wanted to and did not want to be paid for nothing, a spokesman for the Istanbul team said.

Besiktas have won just one of their last seven games and are seventh in the Turkish championship, 21 points adrift of league leaders Fenerbahce.

The former Real Madrid coach joined the Istanbul club last June on a two-year contract worth 2.6 million euro a year.

"The resignation is a surprise to us. Schuster said he wanted to leave because he could not achieve the things he wanted to, and he didn't want to exploit our confidence in him and be paid for nothing," Besiktas spokesman Mete Duren told reporters in televised comments.

The club named assistant coach Tayfur Havutcu as manager until the end of the season.

Schuster, who took Real Madrid to the Spanish title in 2008, is the latest in a series of high profile coaches to depart Turkey early after failing to emulate successes achieved elsewhere.

Former Barcelona coach Frank Rijkaard left Galatasaray last October during his second season with the club after they fell to ninth in the table. Luis Aragones joined Istanbul rivals Fenerbahce after taking Spain to victory in Euro 2008, but was sacked one year later.

Speculation is that Benitez is the strongest candidate to be brought in as the team's new technical director.