The heart of Turkish football to beat in Seyrantepe tonight 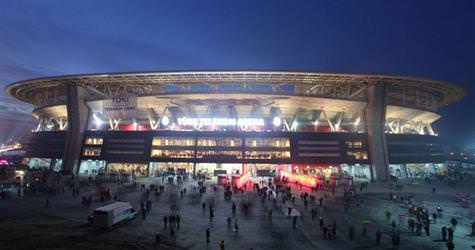 Prior to the start of the Spor Toto Süper League's 26th week, with 57 points, Fenerbahçe hold the leadership position with their average, while hosts Galatasaray stand in 11th place with 33 points.

-GALATASARAY IN PURSUIT OF PRESTIGE-
Having suffered one of the worst seasons in Galatasaray's league history; the hope of gaining prestige from a victory tonight holds much significance for the club.
Currently experiencing their worst performance ever in the league having acquired 12 losses out of 25 games, Galatasaray hopes to put a smile on fans' faces by continuing their winning streak going at the new Türk Telekom Arena, where they have yet to lose a match.
All eyes will be looking out for captain Arda, who is expected to come into the game in the second half. Injured players Sabri Sarıoğlu and Serkan Kurtuluş will not be able to don uniforms in tonight's derby. Meanwhile, Çağlar Birinci's treatment continues.

-FENERBAHÇE TO TRY TO KEEP THEIR SEAT-
Fenerbahçe has been on a winning streak, with nine under their belt in the league. By securing a derby win, Fenerbahce hopes to add three more points to their current leadership position in the race to the championship.
Due to an injury, Emre Belözoğlu will not be playing tonight and Dia has also been forced to train separately from the team due to pain in his left lower muscle structure. Whether the Senegalese footballer will play tonight has yet to be determined.

Meanwhile the Türk Telekom Arena, which will be facing its most difficult test tonight by way of derby, is on alarm. With difficulties already experienced with transportation when 20,000-25,000 fans are present, difficulties tonight may be inevitable with 50,000 fans expected to show coupled by the city's rainy weather.