Arda to become A. Madrid’s ‘Mesut’! 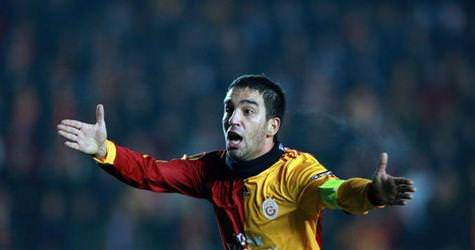 As Real Madrid flies high with Mesut Özil, Atletico Madrid has responded by securing their own Turkish star: Arda Turan

Deemed almost certain, Arda's impending departure from Galatasaray at the end of this season is already being talked about in the Spanish media. Marca newspaper's head line read 'Atletico is looking for their Özil' in a recent headline, and the article went on to claim that amongst the candidates for a creative mid-fielder, Arda Turan is the number one option.

The Spanish newspaper mentioned the close relations between Jorge Mendes, the manager in charge of Arda Turan's transfer operation and Atletico chief Miguel Angel Gil and stated; "After bringing on Tiago, Diego Costa and Ellias to Atletico, Mendes is now bringing Arda."According to the article Atletico Madrid is also in pursuit of Eden Hazard who players for Lille; however Arda is supposedly their first choice.
Last Update: Mar 24, 2011 5:59 pm
RELATED TOPICS