“I was sabotaged by three players…” 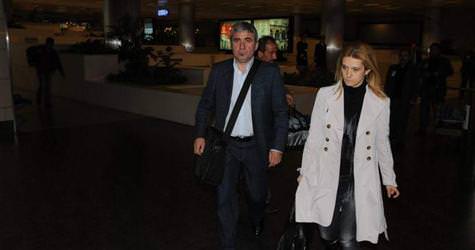 Today, Hagi is expected to officially leave Galatasaray. According to the Romanian technical director, Kewell, Neill and Baros are the reasons he is forced to leave.

Hagi, who has officially part ways with Galatasaray, is placing blame on three players; Baros, Neill and Kewell.
The Romanian technical director has told those close to him, "Kewell, Baros and Neill virtually wanted me to be unsuccessful. Most of the time they said they were injured and they wouldn't practice and constantly wanted time off. Meanwhile if they weren't given uniforms when it came time to play, then they would pout and have attitudes."
"If I had just had two or three more players like Servet, things would be different. He is a true professional. He did all that he could."
Hagi admitted that although he didn't have any problems with Turkish players, their capacity was limited and went on to state, "I changed a lot of things at Florya however I was unable to prevent some people from sabotaging me.: Yesterday, after spending six and a half hours at the club facility, Hagi departed with his wife.
After training the players today, Georghe Hagi met with Club President Adnan Polat, where the Romanian coach officially parted ways with the club.