Galatasaray is no longer great 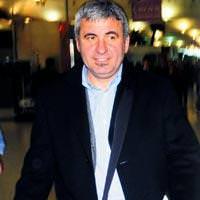 As Galatasaray’s legendary number ten owner says goodbye to the club for the third time, he offered up a few words of wisdom upon his departure. “The great Galatasaray is gone and in its place is an insignificant team. The club is constantly falling apart from the inside. A solution must be reached urgently. “

As Galatasaray's legendary number ten player, whose place on the field wasn't filled for ten years, Hagi, who came on to direct the team for a second time is now saying goodbye after just half a season and has selected SABAH to share his views with upon his departure. As always, the Romanian technical director did not hold back when answering the questions posed to him, even if what he has to say is revealing what will be long debated truths about Galatasaray. "What I am most upset about is returning five years later to find that Galatasaray has diminished. This has truly upset me. The old great Galatasaray is gone and in its place is an insignificant team. The most important reason for this I believe, are internal disputes. The arguments that transpire within the club always reflect onto the community. Unfortunately, no one realizes this. To be strong a club first needs to have unity and solidarity. However, what I see is that Galatasaray is constantly falling apart from within. They need to find a solution to this urgently. Whether I stay or go is not a big deal, what matters is Galatasaray's greatness…
Misimoviç was disrespectful; I do not regret sending him away…
Look at Alex; with his small stature he was able to bring us down practically all on his own in a derby game, that we actually played well in. This is the difference of a quality player! Our rivals used this well, whereas in fact, in the derby against Fenerbahçe we deserved the win.
Isn't Misimoviç a good player? Why did you send him off?
Misimoviç is an irresponsible player and disrespectful to boot. He had no respect for me or his comrades. While everyone worked hard in training he was loose and acted as if he was a star player. He knew he was getting his money guaranteed. So, I didn't let him just lay there and I don't regret it. Galatasaray is my home and whatever I did, I did for my club. I considered putting Arda in the tenth position in his place, however unfortunately he had the misfortune of injury which resulted in a lot of suffering overall… You saw him in the game against Austria, and how he won the game on his own. Arda is definitely a very talented player and I always missed his presence.
I AM NOT A NAPKIN TO BE THROWN AWAY IN THE STREET
When President Polat said I wasn't going to be around next season, I left immediately. I had a year and a half contract with Galatasaray. However when I was told I wasn't being considered for next season, I decided to leave. I am not just a napkin you can throw away in the street. My name is Gheorghe Hagi and I have distinction. Therefore, even though it pains me to do so, I have abandoned my duty early. I actually usually like to fight. However, due to the events developing above me there is nothing left to fight for."
I DIDN'T TAKE OVER A GOOD TEAM FROM RIJKAARD
I received a lot of unjust criticism while working with Galatasaray. I didn't take over a good team from Rijkaard and I didn't do poorly. The team was already in a bad stage when I got there. My most significant five players were constantly injured. No one acknowledged this. I was unable to play Arda in practically any of my games and because Baros was injured most of the time I had to go out without a forward. Overall there were probably only two games we played bad in under my direction, otherwise the losses were due to bad luck and bad referee calls.
I AM NOT UPSET WITH TUGAY!
It has been written widely that I argued with Tugay and the players. Take a look at the past though, "who have I ever fought with?" Tugay is like a brother to me, He is someone I care about a lot and I would never fight with him. He, like me loves the club a lot. He will try to do the best he can as long as he is there.