Many requests and no one to respond! 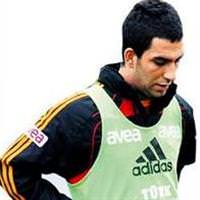 After Atletico Madrid, Galatasaray captain Arda Turan has also received interest from the likes of Liverpool and Tottenham, however there is no one to do his negotiation in the club!

As Galatasaray is engulfed in election chaos with the club, Arda Turan's career is feeling the effects.
The young star has both Spanish and English teams demanding him however the professionals are unable to find anyone in the club's administration to make an appointment with.
While supposedly Atletico Madrid has agreed in principle with Arda, recent talk may be a sign of a big scramble for the player to come in June.
Announcing last year that he has a soft spot for Liverpool, and having won the fans' support, according to sources, Liverpool is not the only British team after the player and London club Tottenham may be contenders to sign Turan.
Atletico Madrid is ready to pay out 12 million Euros for Arda under the condition that they make it into European cups next season.