Real Madrid must look for the game now 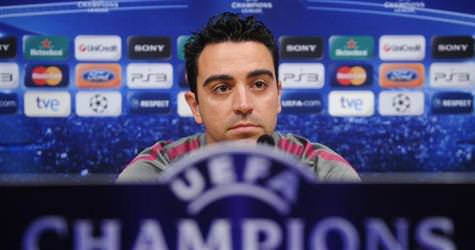 Barcelona will stay true to their attacking instincts when they defend a 2-0 lead over arch-rivals Real Madrid in Tuesday's Champions League semi-final second leg, according to midfielder Xavi.

"They (Real) will need to go out and look for the game more," the Spanish World Cup winner told a news conference on Monday ahead of the clash at the Nou Camp.

"They've lived on a counter-attacking game and been ultra defensive, but we have to be prepared for them to play higher up the pitch tomorrow," he added.

"Whatever happens though, Barca will stay true to their own way of playing. Our game won't change at all.

"We always attack and never try and sit back and defend a lead -- we don't know any other way to play and our fans would never let us."

Real striker Karim Benzema, who sat through last week's ill-tempered first leg on the bench but is expected to start on Tuesday, refused to throw in the towel and insisted the nine-times winners can still make the May 28 final in London.

"We need goals, so we will look for them," the French international said.

"Nothing is set in stone in football and we can end up winning the tie.

"We will have to defend well in order to score goals. It's important to keep a clean sheet."

English Premier League leaders Manchester United will defend a 2-0 lead over Schalke 04 when they host the Bundesliga side in Wednesday's other semi.