A lot of excitement, yet no losses… 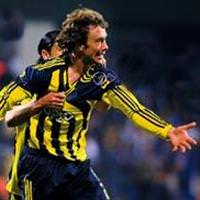 Fenerbahçe maintains the Spor Toto Super League leadership with a 1-0 win last night against Kardemir Karabükspor, while Trabzonspor trails closely with a 2-1 win against Bucaspor. Fenerbahçe leads with a higher average; however the two team’s point standings remain the same just two weeks away from the championship.

Only two weeks remain in the Spor Toto Super League. Last night Fenerbahçe struggled to score against Karabükspor, but Lugano saved the day with a shot in the latter half of the game. Trabzonspor on the other hand, took an early lead against Bucaspor with Burak . In the 87th minute Abdülkadir scored an equalizer to which Umut responded quickly, thereby maintaining Trabzonspor's close trail to Fenerbahçe. Both league leading teams have maintained their points superiority while securing wins in the 32nd week. Should Fenerbahçe win the remaining games played, they will become champions with a heavier advantage compared to Trabzonspor, whose sole hope appears to remain in Fenerbahçe losing…
Next week Fenerbahçe hosts MKE Ankaragücü, while Trabzonspor also plays a home game against Istanbul Büyükşehir Belediyespor. Fenerbahçe faces off against Sivasspor for the final week of the league, while Trabzonspor plays against Karabükspor.
As of last night's loss against Trabzonspor, Bucaspor joins the ranks of Kasımpaşa and Konyaspor in relegation from the Spor Toto Super League.