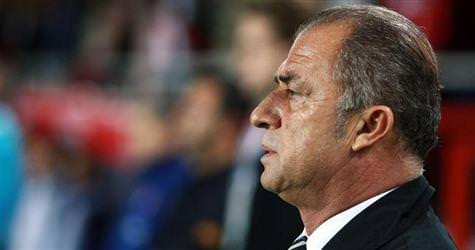 Galatasaray Club’s new president’s first endeavor was to speak with Terim. Ali Dürüst, who also attended the tripartite meeting, states, “It went very well. Nothing has been signed, however we could say there’s a 51 percent chance of him coming.”

After receiving a record vote on Saturday to take over as Galatasaray Club President, Ünal Aysal's first course of action was to sit down to the table with Fatih Terim. Yesterday Aysal, accompanied by management board member Ali Dürüst, went to İstinye to meet with Fatih Terim to offer him the position of technical director.
Dürüst states, "Six months ago, he had announced that he would not be working in Turkey due to a family situation. However, our meeting went very well. Even so, nothing is definite yet."
When asked, "So no agreement has been reached, are there any issues in principle" Dürüst responded, "As I said, nothing was signed, however, I can say that there is a 51 percent chance of this happening."

WHEN IT COMES TO GALATASARAY...
According to sources, Aysal and Dürüst were indeed able to reach an agreement with Fatih Terim on every issue, however because the administration had not taken out a mandate they were unable to make an official announcement. In fact, it was Merve Terim Çetin who ended up vouching for the decision. Fatih Terim's daughter wrote on her Twitter account she shares with her husband Ahmet Baran Çetin, "When it comes to Galatasaray for F.T., the rest is just details."
AYSAL EXPEDITES A MANDATE
When the emperor does in fact sign, it will mark the beginning of the 'Third Terim Era for Galatasaray.' When Terim first came on to the team, he won the club the 1995-96 season championship. He went on to win four season championships, two of which were coupled by Turkish Cup wins and to crown it all off with a UEFA Cup victory.
The second time the emperor came on to lead the football club, he managed to secure second place for the team in the 2002-2003 season. The following season, he stepped down on March 20th, 2004.
Meanwhile, Ünal Aysal has brought the mandate ceremony up to an earlier date in order to expedite the administration's efforts. The ceremony, scheduled for this upcoming Monday, has been changed to take place tomorrow according to Aysal's request. The awaited mandates will be handed over to the Mecidiyeköy club building at 17:30. According to information obtained, Adnan Polat is also pleased with the developments and the process has already hastily begun and will be expedited with Aysal's signing authority.