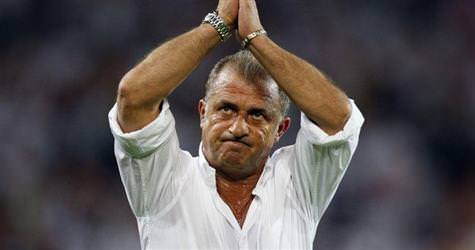 After returning from the United States, Galatasaray’s newly appointed technical director Fatih Terim has embarked upon the transfer period with speed… After visiting London to watch the Champion’s League final, Terim moved on to France where he watched a match between Monaco and Lyon. According to the information obtained, there are three players currently under the microscope by Terim as potential transfers.

RUFFIER IS ONE OF TERIM'S FAVORITES
According to sources, Fatih Terim will soon be presenting a comprehensive report to the club's administration on favored Lyon player Diakhate, who also scored the game's first goal. The Senegal star, which was rented out to Lyon for the season, supposedly has a transfer fee of four million Euros payable to Dinamo Kiev. It also turns out that the other player Terim had his sights on, Ruffier, is one of the strongest candidates to fill Galatasaray's goalkeeper position.

Twenty-five year old Ruffier, who also plays on the French National Team, has a transfer fee of eight million Euros…However the fact that Monaco has been relegated, may work to Galatasaray's advantage. Allegations are that once Terim speaks with the administration, he will then officially initiate the transfer process for Ruffier. Meanwhile, Galatasaray is also continuing rounds to transfer both Sebastien Frey and Kameni.