A week in Bodrum! 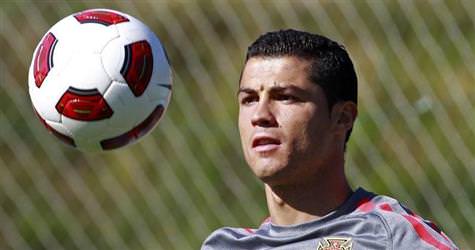 Famous footballer Cristiano Ronaldo will soon be arriving in Turkey on Yildirim Demirören’s private plane. After signing a partnership agreement, Ronaldo will be moving on to Bodrum.

Beşiktaş Club President Yıldırım Demirören will be going into the tourism construction business with worldwide famous footballer Cristiano Ronaldo! This news had widely surfaced in both the Turkish and Portuguese press in January .One of the world's most expensive football players Ronaldo is arriving to Istanbul tomorrow in order to sign a contract for his partnership with Demirören. The famous footballer will spend one night in Istanbul and moves on to Bodrum on Saturday, where Ronaldo will spend six days vacationing on Demirören's yacht before returning to Portugal.

THEY MET IN MARCH
When Yıldırım Demirören went to Spain in March he first met with Real Madrid's Technical Director Jose Mourinho and then later with international football star Cristiano Ronaldo. Demirören spoke with Ronaldo regarding building a 50 million Euro 'holiday center' in Porto Santo.
HOTEL AND RESIDENCES
The two 'partners' will be establishing a high level holiday center on the paradise island in the North Atlantic. The facilities, which will be built on Porto Santo, the island where Ronaldo was born, will include a hotel, residences and a restaurant. According to the information obtained, the hotel in Spain to be built by Yıldırım Demirören will be located on a large property and will be a golf hotel.
A 'HOLY PORT' WITH A TEN KM SHORE
Porto Santo; (Holy Port), is a touristic island situated in the Madeira Autonomous Region of Portugal and was named after a village located off the southern shore. Surrounded by the Atlantic Ocean, it was discovered in 1418 by the Portuguese. Famed for its ten kilometer long beach and populated by 5,000, tourism is the island's main source of revenue. The islands golf courts are famous all over the world.