The emperor sets his sights afar 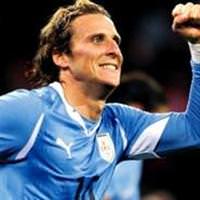 Fatih Terim, Galatasaray’s sole football authority, is basing his transfer strategy on the Copa America which begins on July 1st.

With no official results from the Forlan and Reyes transfer pursuit, Galatasaray is putting on the breaks on all transfer activities for now. With the unsuccessful results reaped by Sporting Coordinator Bülent Tulun, whom directly following the club's elections promised to have secured transfers by the team's training camps, the club has decided to hand over all authority on establishing the team to technical director Fatih Terim.
The day before yesterday, the experienced technical director met with Galatasaray Club Chairman Ünal Aysal to explain that he would be tracking players in the Copa America, which begins this Friday.
"There will be a number of players that stand out during the South American tournament. When some of the biggest clubs in Europe bring on transfers from amongst these players, they will also be forced to send away others. We will be able to make a choice between those names."
TERIM TO WATCH ALL COPA GAMES
Galatasaray Technical Director Fatih Terim' will be closely following the South American players, including Forlan and Muslera in the upcoming cup. Supposedly he will be in close contact with Real Madrid, Inter and Juventus on the transfer front.