UEFA: Do whatever necessary 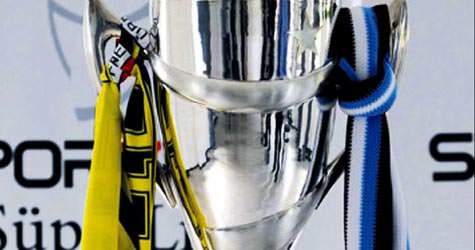 Meeting with officials from Turkey’s Football Federation, UEFA has openly expressed their stance: “Be 100 percent sure that there was no match fixing or incentives offered. If there is even one percent of doubt, then do what you have to do!”

The investigation and court hearings for the match-fixing probe continued yesterday. While curiosity abounds regarding what decisions Turkey's Football Federation will make, the federation has announced that they have been in continuous contact with UEFA and are consistently receiving further information.
UEFA Vice President Şenes Erzik and Football Federation Deputy Chairman Lutfi Arıboğan have also exchanged views on the developments. UEFA has decided to send a committee to Istanbul in order to obtain more definitive information on the issue. Amongst the news filtering in is that UEFA's administrative board is taking on a very firm stance regarding the issue. UEFA officials have supposedly stated, "Before you reach a decision, make sure you have inspected each and every fine detail. It is crucial to assess even the minutest amount of doubt. If there is even just one percent of doubt that game fixing was indeed committed, then do what is necessary. Do whatever the rules and regulations dictate."
HIGH PROBABILITY OF RELEGATION
It has now become a serious probability that Fenerbahçe may not only be relegated but may also be stripped of their championship title.
Monday is a critical day!
Turkish Football Federation Chairman Mehmet Ali Aydınlar sent out an invitation yesterday to all club chairmen. The invitation requests the club chairman meet at the Football Federation's headquarters in Istinye on Monday at noon. Aydınlar will be relaying information regarding the recent developments in the match-rigging scandal and will also request that everyone offer their assistance to the federation. After this meeting, the federation will hold an administrative board meeting. There, the federation will discuss the situation that may arise from the match-fixing investigation, and how it will be handled. There is a chance that a decision may be reached on that very same day.
League delayed by two weeks!
Federation Chairman Mehmet Ali Aydınlar has supposedly requested additional time from UEFA, which was expecting an answer on July 15th and has indeed received an affirmative response. Aydınlar will also relay to the club chairmen the news that the league may face delays during the Monday meeting. According to the normal schedule, the league was to start on August 5th. However, there is a high chance now that the start day may be moved up to August 19th or 20th. Should the leagues be delayed by two weeks' time, a number of games may have to be played within the week once the season starts.