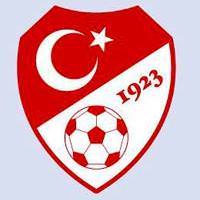 The Turkish Super Cup match between league champions Fenerbahçe and cup winners Beşiktaş has been postponed due to a court investigation into match-fixing allegations which have hit some of the country's major clubs, Turkey's football federation said on Tuesday.

Federation chairman Mehmet Ali Aydinlar said it was expecting to start receiving prosecutors' documents regarding the probe on Wednesday and the federation would then reach a decision on when the new season will start.
A Turkish court has already jailed pending trial 31 people, including the chairman of champions Fenerbahçe and the coach and deputy chairman of Beşiktaş on charges of match fixing which have plunged preparations for the new season into chaos.
"The July 31 Super Cup match between Fenerbahçe and Beşiktaş has been postponed," Aydinlar told reporters after a meeting of federation executives. He did not say when the match will be played.
The league season was originally scheduled to begin on Aug. 5, however according to the information obtained the start day has been moved to August 26 as the federation weighs up its response to the match-fixing allegations.
Fenerbahçe, one of the club's at the centre of the police investigation, are set to play in the lucrative Champions League along with runners-up Trabzonspor.
However, the federation has the authority to ban clubs from competitions or relegate them.