Football federation holds back over decisions 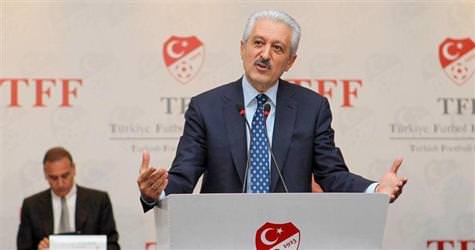 Turkey's Football Federation said on Monday it would not take any decisions regarding individuals or clubs involved in alleged match-fixing until after a Turkish court lifts the secrecy on evidence being given to an ongoing police probe.

The football federation has decided to wait for the acceptance of the indictment hich ill be prepared by prosecutors on the match-fixing case.

The federation said suspects, who include the chairman of Fenerbahce football club Aziz Yildirim and players, will be referred at some stage to their disciplinary board.

"We have information and documents but they are not adequate to make a decision. We do not have enough evidence to reach a verdict," said Mehmet Ali Aydinlar, head of the federation.

"The federation is waiting for the secrecy on the evidence to be lifted. It is a must that secrecy is lifted. To reach a verdict at this stage won't be right and fair."

The federation has postponed the start of the Turkish season by a month until Sept. 9 so its ethics committee can investigate the scandal involving some of the country's top clubs.

Over 30 people are currently in jail awaiting trial. They include Fenerbahce chairman Yildirim and the coach and deputy chairman of Besiktas who face charges of match-fixing.

1. This season's league fixture will be drawn within a week and the league kicks off on September 9th.

2. Clubs headed for European cups will have to embrace the risk of facing penalization.

3. After the indictment, the Ethic Council will hear the defense and provide a new report.