We play from the heart 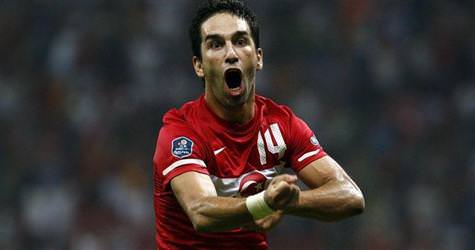 Hiddink’s intimidating words for Austria: “We are missing eight players and because we haven’t played many games my players are not physically ready. However, Turkey’s footballers play from the heart when it comes to the National Team.”

Turkey's National Team Technical Director Guus Hiddink provides a number of significant messages prior to tonight's crucial away game against Austria in terms of securing the Group's second spot en route to the Euro 2012 Championship.
The following are a selection of confidence-heavy messages delivered by the Dutch trainer…
* October tends to be lucky for us. We want to welcome the month of October with a good game.
* We fought up until the final minute in the game against Kazakhstan and won. This was a great plus for us. I hope that tomorrow (today) we will be able to prove that we will be holding on to the second spot in the group.
* The fact that eight important players are not in the line-up is significant. In addition, because the players have not played many games yet, they may not be ready from a physical standpoint. However, for Turkish players when it comes to the National Team they truly play from the heart. My players and I know that the National Team is the mirror of Turkish football to the outside world.
* The fact that Austria has had a number of goals scored against them is not an advantage; Germany could have scored more than three goals against us as well. The character of every game varies.
TURKEY HAS WON LAST FIVE GAMES PLAYED AGAINST AUSTRIA
Turkey's National Team plays against Austria tonight in what will be the 12th game played under technical director Guus Hiddink's direction. Thus far, the Dutch coach has sent his team out to play in 11 games, six of which were wins, three losses and two which ended in draws. Seven of the aforementioned games were official, while four were private games. Turkey has scored a total of 16 goals and has scores made against them just nine times out of the 11 games played. Out of the last 13 games played between Turkey and Austria, Austria has acquired seven wins, while Turkey has six. None of the matches ended in a draw. Our national team has walked away with victories from the past five games played against tonight's rivals Austria.