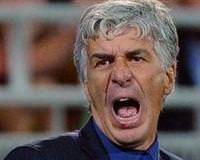 Inter Milan fired coach Gian Piero Gasperini on Wednesday after he managed only one draw and four defeats in his first five competitive games in charge.

Former Chelsea, Juventus and AS Roma coach Claudio Ranieri was widely expected to replace him, with Italian media saying he was involved in negotiations with the club and would take charge of training on Thursday.

However, there was no immediate confirmation from Inter that they were talking to Ranieri.

The final straw for Gasperini was Tuesday night's dismal performance in a 3-1 defeat at promoted Novara, who had failed to win in their first two Serie A outings of the season.

"The club thanks Gian Piero Gasperini for the effort he showed in developing the role, and expresses regret at the interruption of the working relationship," 2010 European champions Inter said in a statement on their website (www.inter.it).

"At the end of the day, the results have determined everything," Gasperini told reporters at Inter's training ground. "I'm very disappointed.

"We had established a good rapport, it's a shame to have had to interrupt it. There's much regret all round."

Inter added that Daniele Bernazzani and Giuseppe Baresi had taken charge of training on Wednesday.

Gasperini, 53, is the third coach to leave Inter since the departure of Jose Mourinho following the 2009/10 treble-winning season, the club having also parted company with Rafael Benitez and Leonardo.
Last year, Inter saw their run of five successive scudettos ended by neighbours AC Milan and were humiliated by Schalke 04 in the Champions League, losing 5-2 at home to the Germans on their way to a quarter-final exit.

Striker Samuel Eto'o was sold to Russia's Anzhi Makhachkala in the close season and replacements Diego Forlan and Mauro Zarate have so far failed to perform well enough.

Gasperini, who began his coaching career with Juventus' youth team, had previously spent just over four seasons with Genoa, leading them out of Serie B and turning them into one of the most competitive sides in the top flight.

He was also in charge at Crotone from 2003-06. Much of his playing career was in the second and third divisions, although he played in Serie A with Pescara.

His appointment in June drew much scepticism as he had never coached one of the major clubs before.
Critics have already suggested that his downfall was his insistence on trying to impose a 3-4-3 system, which worked well at Genoa, on Inter.

Club president Massimo Moratti said last week he would prefer a four-man defence but Gasperini failed to heed the warning.

Inter visit Bologna in Serie A on Saturday and travel to CSKA Moscow in the Champions League the following Tuesday having lost their opening game 1-0 at home to Trabzonspor.

Ranieri made his name when he led Cagliari from Serie C to Serie A in successive seasons in the late 1980s.

He was manager of English Premier League side Chelsea from 2000 to 2004 and is credited with building the side that went on to win a succession of domestic titles under Mourinho.

After that, he had six months with Valencia in 2004/5 and his next coaching job, in 2007, lasted half that time at Parma. Since then he has had two seasons each with Juventus and Roma.