Turkey's answer to hooliganism: Women only! 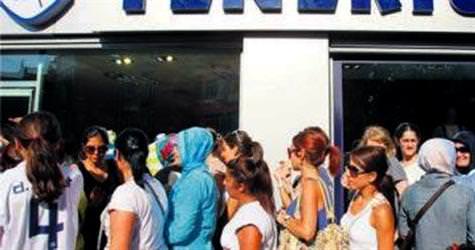 Turkish champions Fenerbahce played Manisaspor in front of women and children only after men were banned as part of a plan by Turkey's Football Federation (TFF) to stamp out hooliganism.

The TFF initially ordered Fenerbahçe to play their first two games of the season in an empty stadium after fans stormed the pitch during a pre-season friendly against Ukraine's Shakhtar Donetsk but then had a change of heart.
Teams whose fans exhibit disorderly behaviour are now only allowed to admit women and children under the age of 12 and about 41,000 of them turned out to see Tuesday's match.
The more familiar chants were replaced by high-pitched screams as the women and children cheered with excitement every time the home team approached the penalty area, even if the chance of a goal was remote.
Before kick off, players from both teams hurled flowers at the crowd and applauded their new supporters.
"I will remember this night forever. It's not always that you see so many women and children at a game," Fenerbahçe captain Alex de Souza said.
"It was a truly different experience with such a fun and pleasant atmosphere," added Manisaspor midfielder Omer Aysan, whose second-half goal forced the home team to settle for a draw after Issiar Dia had given them the lead just before the break.
Women also showed their support for Fenerbahce's chairman Aziz Yildirim, who is in prison following a match-fixing probe, by wearing T-shirts emblazoned with his photograph.
Yildirm, said to be moved by Tuesday's event, addressed female fans with a statement thanking them for their support.
More than 30 Turkish players and officials have been jailed pending trial over match-fixing allegations. Fenerbahçe were excluded from this season's Champions League over the allegations, allowing Trabzonspor to take their place.