Anelka signing a milestone for China 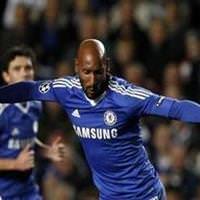 He has felt the fury of a Bosphoros battle and the passion of a north London derby, but little in Nicolas Anelka's travels will have prepared him for his groundbreaking move to Chinese soccer.

The Frenchman will become the biggest name to ply his trade in the world's most populous nation when he takes up his new post as striker for Shanghai Shenhua in January.

But much more than simply a potent front-man for one club, a player of Anelka's quality -- and, crucially, profile -- may help single-handedly repair the battered image of Chinese soccer.

Such stardust, however, does not come cheap.

Myriad media reports put the 32-year-old's salary in the region of $300,000 (192,000 pounds) per week, and while that figure has not been confirmed, what is certain is that Chinese financial might is finally being translated into soccer power as Chinese clubs invite themselves to the top table of the footballing world.

"People are aware of Anelka's Chelsea yearly salary which is around 5.8 million euros (5 million pounds). So when he comes to China it definitely won't be below this figure," Shanghai Shenhua director Zhou Jun told Reuters near the club's Pudong training ground.

The signing of Anelka heralds a massive step for Chinese soccer -- and a growth mirroring that of the nation itself.

"It's like with the opening up of China," Zhou said. "We needed to bring in the good stuff from foreign countries for us to learn from.

"The benefits Anelka brings to the club are obvious.

"Firstly it will definitely increase the squad's attacking capability," he said. "Secondly, the arrival of such a high level football star like Anelka in a young club like Shenhua will increase the hopes of the young people and create an example for them to follow.

"It will definitely increase the club's competitiveness," added the director of the club which finished last season in 11th place.

Best known in recent years for scandals and for being riven by corruption, the Chinese soccer scene will be a world apart from Anelka's experiences.

The sport has lost fans at home who have become disaffected by corruption scandals, match-fixing and violence on and off the pitch, but Shanghai's signing of Anelka may help spark a seachange in attitudes and perception.

"This is not only good for Shenhua but also beneficial for Chinese football," club spokesperson Ma Yue told CNN.

"The joining of Anelka to Football Association Super League will promote the league's brand for sure."

Previously, Chinese soccer's biggest import had been faded England star and recovering alcoholic Paul Gascoigne. The troubled playmaker signed for Gansu Tianma in 2003 in a playing and coaching role.

That episode ended as bizarrely as it had begun after just a handful of months as Gascoigne's personal demons scuppered his career once more.

But Anelka's move is startlingly different. While perhaps not at the peak of his powers, Anelka is no spent force, having scored almost 200 league goals all over Europe.

Aged just 32-years-old, he has played for some of the biggest clubs in world soccer. A list of his employers include Real Madrid and Arsenal, Liverpool and Chelsea, Paris St Germain and Turkey's Fenerbahce.

"(We saw) we needed to erect an example. (To) have more football stars for the young children who like football to look at that example and to start emulating that," Zhou told Reuters.

With the financial muscle of club owner Zhu Jun behind them -- he made his fortune from an internet company which held the China licence for the hugely popular World of Warcraft fantasy game -- Shanghai have shown they can compete with anyone.

And Zhou says there is more to come.

"A lot of clubs are chasing Drogba. From our perspective... we also have to see what Drogba wants. So from our club's perspective, we have this to say - If he is willing to come, we will definitely welcome him."

Owner Zhu is no stranger to thinking big, or outside the box: he was linked with a takeover of Liverpool in 2010 and once played against the English giants, having appeared for five minutes under a pseudonym when Shanghai played them in pre-season tournament in the Netherlands in 2007.

For many years, some of the biggest names in sport have seen out the twilight of their careers at wealthy clubs from countries outside traditional soccer hot-beds, most notably the Middle East.

Fans, initially, welcomed the news, if a little guardedly.

"I feel that if Anelka joined Shanghai Shenhua, it will definitely improve the football club. After all, he is an international football star. But just by buying a foreign player would not raise the basics of the club, it has to be done in tandem with a lot of other things for Shanghai Shenhua to raise its level," said 28-year-old Shen Quan.