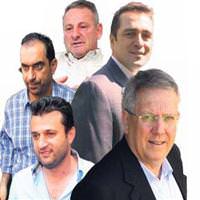 Fenerbahçe Did, Beşiktaş Didn't…
According to the Turkish Football Federation's report, Fenerbahçe has been accused of being involved in match-fixing in 14 games. This includes five games which were supposedly rigged, three matches in which attempts were made to fix the game, an incentive bonus was issued out in one game and attempts were made to offer incentives in five others. The report emphasizes that the club itself will be penalized for match rigging attempts made by Yıldırım and other administrators.
The report also states that Beşiktaş was not involved in match-fixing for the Turkey Cup final.