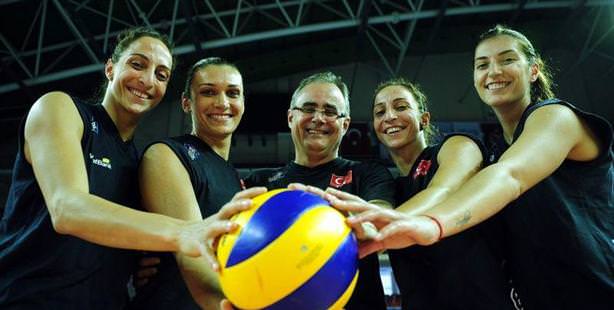 Yesterday was a big day for Turkey’s female Olympics contenders as weightlifter Nurdan Karagöz took the podium and Turkey’s women’s national basketball and volleyball teams kick off their group matches.

For Turkey, the London Olympics fervor began yesterday, especially for our female athletes which went out to face their first challenges in the competition. Female weightlifter Nurdan Karagöz, who according to USA Today is one of seven Turkish athletes set to bring home a medal, took the podium at 17:30 on Saturday in the 48 kilogram category. Turkey's medal hopeful was disappointed when her 187 kilogram lifts put her in fifth place.

At midnight tonight our women volleyball team plays Brazil. Croatian trainer Motta says, "The Turkish public will be watching a team they can be proud of in the Olympics." The 'Sultans of the Net' lost the highly competitive game against Brazil at the final moment.