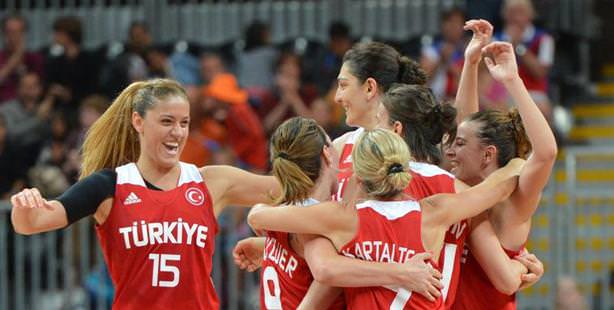 Turkey’s women’s basketball team beat Group A rivals Czech Republic by 61-57 on Monday. The win sits the team in third place behind group leaders China and the United States in second.

Meanwhile, Turkey's women's volleyball team suffered a 3-1 loss against China in the Pool B match held at London's cavernous Earl's Court Arena on Monday. Team captain Esra Gümüş admits they were unable to play the game they are capable of against China and vows they will do all they can to make up for it against Serbia on Wednesday.

In table tennis, Bora Vwang went on to beat Nigerian Quadri Aruya by 4-2 to secure his spot in the third round only to be paired with the world's number one China's Zhang Jike on Monday who won 4-0.

In boxing, Fatih Keleş beat his Algerian rival Abdelkadar Chad for the 60 kilo category by 15-8, securing his spot in the second round. The day prior, Adem Kılıççı Türkmen also earned his ticket to the second round with a 14-7 win.


Racing in the men's laser class, Mustafa Çakır came in 43rd in his first race and in 29nd place for his second race. Tomorrow, Çakır will be racing his 3rd and 4th races.