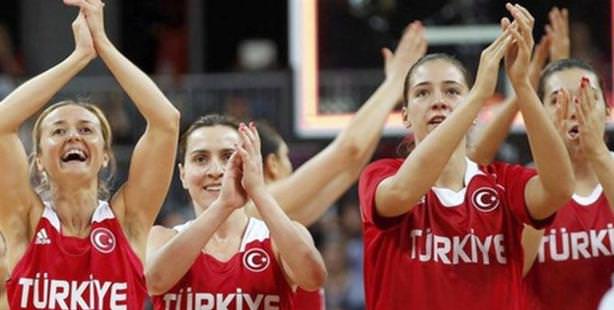 Tomorrow, Turkey’s women’s basketball team faces off against the U.S., while in volleyball our ‘sultans of the net’ will be seeking a first win from Serbia.

National volleyball player Neslihan Darnel emphasized how important tomorrow's game against Serbia is for the team, after losing to both Brazil and China thus far. The 'sultans of the net' face off against Serbia for Group B eliminations at Earls Court tomorrow at 16:45.

Perhaps tomorrow's most exciting event will be the women's basketball Group A elimination game between two undefeated teams, the USA and Turkey. The game will be played at the Olympic Park Basketball Arena and will tip off at 00:15. In Group A, Turkey beat both Angola and Czech Republic to secure third place behind the U.S. and China, albeit all with four points. The United States also beat their first two rivals Croatia and Angola.