A critical turn in London 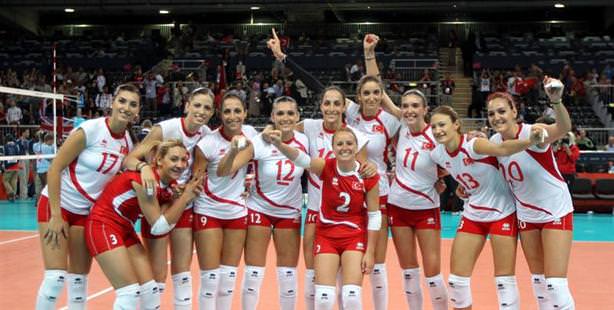 Turkey’s women’s volleyball team beat Serbia by 3-0 for their first win ever on Wednesday.

Turkey's 'Sultans of the Net' made history today by beating Serbia 3-0, which is officially their first ever Olympic win. This year's London Olympics marked the first time Turkey's women's national volleyball team has qualified to compete. Contending in Group B, the Sultans of the Net lost their first two games against Brazil and China. Today's win puts the team in third place in Group B behind the United States and China. On Friday, Turkey's women's volleyball team faces off against Korea.

Tonight at 00:15 Turkey's women's basketball team faces off against the United States. This marks the team's third game in Group A and they are hoping to continue their winning streak. In the first two games played, Turkey beat rivals Angola and Czech Republic, while the United States has also won their first two games played, against Croatia and Angola.