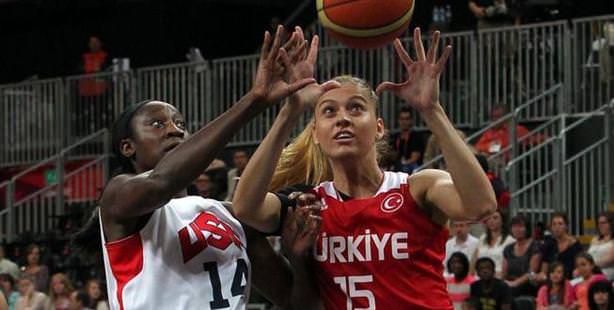 The U.S. women's basketball team "commandos" saved their long Olympic winning streak on Wednesday by turning a close game against Turkey’s ‘fairies of the hoop’ into an 89-58 victory.

Both teams went into last night's game undefeated in Group A. Turkey started off strong, even leading by a point at the close of the first quarter. The U.S. rebounded however to lead by 15 at the intermission.


Turkey, who also entered the game with a 2-0 record, reduced the deficit to 50-45 in the third quarter before the Americans went on a 13-2 run to restore order.

U.S. Coach Auriemma said Turkey were tough opponents. "They are a very difficult team to match up against," he added. "The last time we played them their big players hurt us. Tonight I thought we handled their bigs well and their guards really hurt us.

"Their ball movement and the way they make you chase them around, it's not easy. But there was a lot of stretches there where our defence caught up to them and that's this team's quality, getting out in transition."

Turkish coach Ceyhun Yildizoglu said his high-energy team had fun. "We know the U.S. is a great team. We tried to stay in the game by changing the defence but they play good defence too," he said. "The U.S. is a defence-based team and they ended up finding easy baskets."