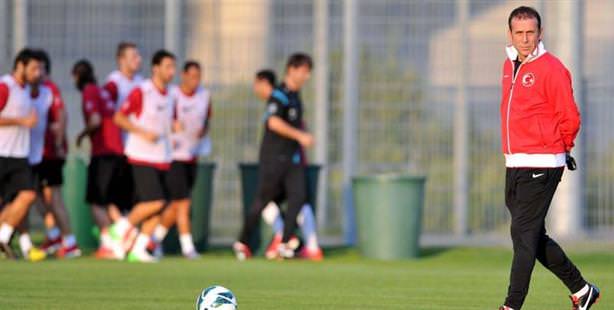 Speaking prior toWednesday's test against Austria, Turkey's National Football Team Technical Director Abdullah Avcı challenges Holland by stating; "We will be coming back with good results."

Speaking at a press conference held before tonight's national game against Austria, Coach Abdullah Avcı says the team's sole goal is to make it past Holland. The press meeting was held prior to the national team's final training session at the Ernst Happel Stadium before tonight's game.

Avcı pointed out the importance of the upcoming 2014 World Cup qualifying groups opener game in which Turkey plays an away game against Holland on September 7th. Stating that they plan to reinstill the team structure during this friendly against Austria, Avcı responded to the question of whether or not Austria was a rival at par with Holland by stating, "We have yet to find a rival that is equal to Holland. Austria's advancement in football in recent years makes them a rare rival. We will see how Holland does against Belgium today. The Dutch team is the group favorite. The fact that the first game is an away game will affect the match by 50 percent. We will return back from Holland with good results," responded Avci.


Tonight's friendly between Austria and Turkey kicks off at 21:30