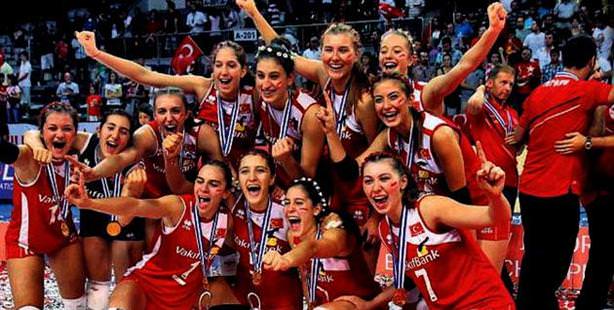 Gökhan Edman, trainer for the Junior Women's National Volleyball Team addressed trainers and clubs to say, "They should trust in these kids and let them play. And we can go on this year and win another world championship."
The A Women's National Team Trainer Alper Erdoğuş stated, "This championship brings us great joy. Captain Damla came out and played just six months after pulling a tendon and received the award for MVP. This is truly incredible."

Süleyman Kalkan, the General Manager of VakıfBank, the National Team's main sponsor expressed how proud they were of the girls and used the expression;"They deserve all that is beautiful."

After winning the past three championships played, Turkey's Junior National Women's Volleyball Team has set their sights on the World Championship to be held in the Czech Republic in July. Meanwhile, the European Volleyball Confederation website referred to the girls as 'a magical squad.'