They see the light! 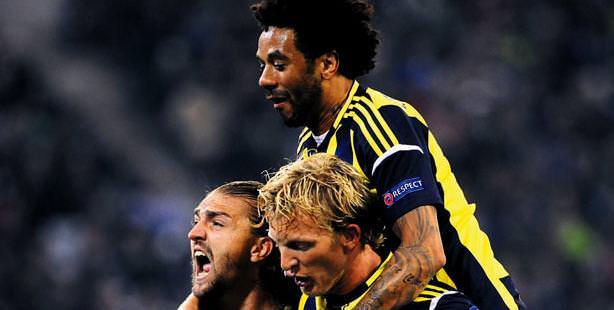 In an effort to rise above the recent crisis, Fenerbahçe gave it their all last night and it paid off. A 4-2 win in Germany against Borussia Monchengladbach for the UEFA Europa Cup has brought the team back on their feet.

At first it seemed things were not going their way, especially when in the 18th minute the hosts took the lead through Luuk de Jong. However, a sublime goal from Cristian Baroni from a free kick in the 25th minute followed by a goal from Raul Meireles in the 40th minute after another foul, secured Fenerbahçe the advantage going into half-time.

In the 71st minute Dirk Kuyt brought the visitors up by 3-1, however just minutes later in the 73rd of the game, Igor De Camargo scored for Borrusia bringing the hosts up to 3-2. In the 87th minute Cristian Baroni, the star of the game, struck a goal to bring the final score up to 4-2, securing their first win in the UEFA Europa League.

Fenerbahçe and Marseille now share the top two spots of the Group C standings with four points each.

Fenerbahçe next faces AEL on October 25th, in another away game.