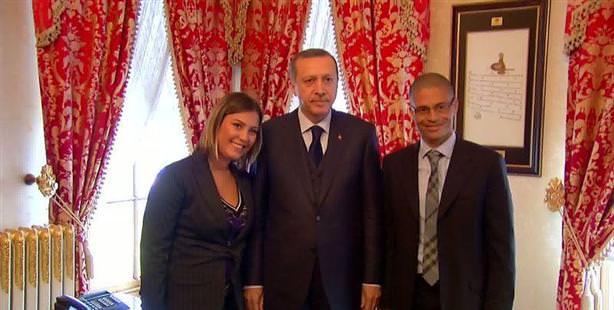 Brazilian footballer Alex De Souza says goodbye to Turkey on Friday after eight long years with Fenerbahçe. Before his departure, Alex (as he most widely known) paid a visit to Prime Minister Erdoğan.

While Prime Minister Recep Tayyip Erdoğan hosted former Fenerbahçe player Alex de Souza, the meeting turned emotional when the premier expressed that he would be very pleased to see the Brazilian footballer play again in Turkey and suggested he play for Kasımpaşa. Although Alex seemed to well up, he explained that his wishes were to return to Brazil to continue his football career.

Alex De Souza's contract ended abruptly last week after Fenerbahçe's Technical Director Aykut Kocaman dropped the captain from the team line-up. Fans are frustrated at this surprise turn of events, as less than a month ago a statue was dedicated to the Brazilian player in Kadıköy. Alex will be escorted to Istanbul's Sabiha Gökçen Airport by a convoy of buses and hundreds if not thousands of fans are expected to show up to wish him off.

"I have ended my contract, it was the saddest signature of my life," de Souza wrote in his Twitter account. "Fenerbahçe has lost a player but it has won a supporter, thanks for everything," he added.