Galatasaray beats Cluj by 3-1 in Romania 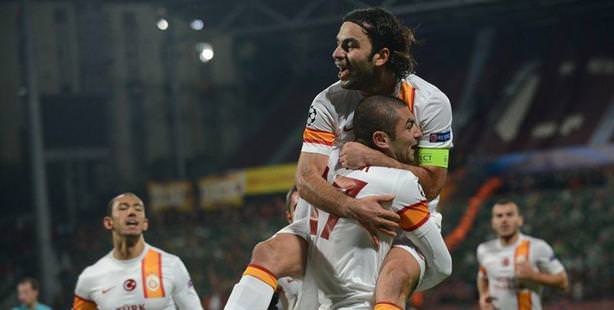 Galatasaray beat CFR Cluj by three goals to one last night in their debut win in this season’s champion’s League.

Galatasaray is now seated in second place in Group H with four points behind Manchester United, which takes the top spot with 12 points. With a goal difference, Cluj follows in third with four points and SC Braga takes up the rear with three points.

Last night's win was the first Champions League victory for Galatasaray in the past ten years. The joyous win came from a hat trick by Burak Yılmaz.

Yilmaz's first score came in the 18th minute when he found himself face to face with Cluj goalkeeper Mario Felgueiras from 12 meters' distance. Galatasaray and Yılmaz's second goal came after a defensive error by Cluj in the 62nd minute allowed the shot to be set up by Hamit Altintop. In the 74th minute, Yılmaz scored with a nine-meter shot.

Cluj's Modou Sougou had scored a goal in the 53rd minute, bringing the game to a 1-1 draw; before Yılmaz went on to score a hat-trick.

Galatasaray will next host Manchester United in Istanbul on November 20th for the Champions League.