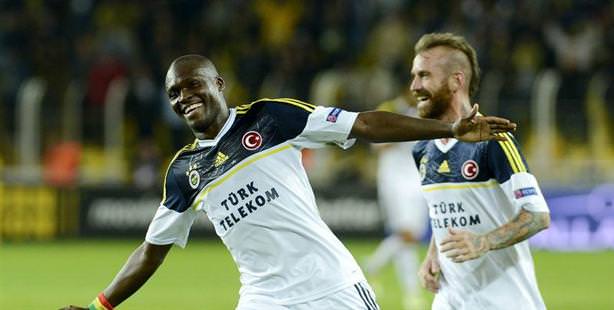 Hosts Fenerbahçe beat AEL Limassol by 2-0 last night in the UEFA Europa League. Goals by Kuyt and Sow have brought Fenerbahçe’s points up to ten, allowing them to continue their leadership spot.

The first goal came from Kuyt in the 11th minute and the second from Sow in the 18th minute. Perhaps the most interesting moment for Fenerbahçe last night came in the 79th minute however when Selçuk struck a header into the goal post only to have the ball returned straight to Sow, who also sent a surefire score straight to the post.

Both Gökhan and Cristian were integral in each goal, while Meireles, who returned after an injury to play last night, shoed his effectiveness in the center field. Kuyt, with both his goal and his strong defense was also one of the most valuable players last night.

Group leadership is in the bag

Speaking after the game, Kuyt, the scorer of Fenerbahçe's first goal last night, said, "It was a great game last night. I want to thank our fans. They were behind us from the first to the last minute of the game. This was really important for us. We were able to control the game perfectly and we had eight or nine positions. We could have scored more than twice. What matters now is that we are the leaders of the group. I don't think anything will go wrong. We will finish off this round as leaders of the group. We are playing better as each day passes. From here on out Fenerbahçe will be a part of Europe," stated Kuyt.

On November 22nd, Fenerbahçe heads to France to play Marseille for their next game in the UEFA Europa League.