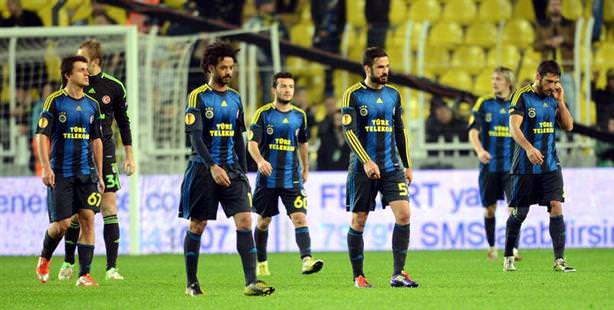 Although Fenerbahçe suffered a 3-0 loss at home to Germany’s Mönchengladbach, the game was pretty much a formality as both teams had already qualified to move on to last-32 round of the UEFA Europa League.

Having secured the top position in Group C with 13 points, Fenerbahçe's coach Aykut Kocaman decided to play a team of mainly substitutes against Borussia Mönchengladbach, who started out the night with eight points as well as a secured spot in second place.

GOALS OF THE GAME

The game, played in Kadıköy's Şükrü Saracoğlu Stadium on Thursday night started off with a 23rd minute goal by Tolga Ciğerci which brought the visitors an early lead. Just five minutes later, the German side was granted a penalty kick, which Hanke turned into a goal. In the 79th minute De Jong sealed the deal with a nice strike into the net to determine the final 3-0 score and victory for Mönchengladbach.

EMRE AND ARDA COULD BE CUP RIVALS

Thus far, Fenerbahçe has experienced the most success in the history of the club in the group stage of a European championship. By securing the top spot in Group C, Fenerbahçe will be paired off with a second-tier team from the remaining groups in a drawing that will be held on December 20th in Nyon, Switzerland. With Atletico Madrid as a potential contender, Fenerbahce may have to play against former teammate Emre Belözoğlu and popular national team player Arda Turan.

The following is a list of Fenerbahçe's potential rivals in the last-32 stage:

From the Champions League: