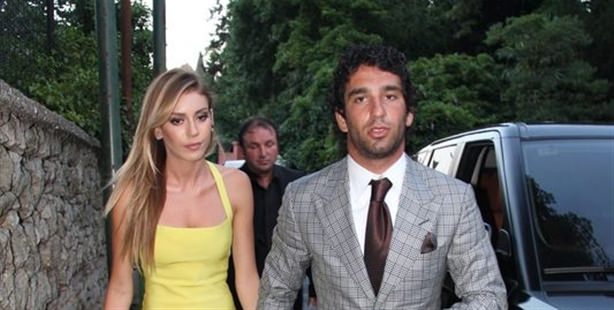 As you may recall, in October of last year, there were a flurry of reports in the media that Arda, joined by good friend Acun Ilicali and Galatasaray Technical Director Fatih Terim went to request Sinem Kobal's hand in marriage. However, the reports turned out to be groundless and in fact in a surprising twist of fate the two famous personalities decided to put an end to their relationship, albeit a very short break before news surfaced they were back on again.

ARDA'S WITNESS TO BE THE PRIME MINISTER

Just the other day Arda surprised Sinem while she was a guest on a live broadcast of a show with Dilara Endican and had gushing words to say to her. We learned that a proposal is to follow. On Monday Arda will be requesting Sinem's hand. Once the formalities are over and the rings exchanged, the two famous figures intend to sit down to the matrimony table in May. Supposedly Prime Minister Recep Tayyip Erdoğan will be Arda's witness at the wedding ceremony. Hopefully the well-suited couple, loved and revered by all, will have a lifetime of happiness together.
Last Update: Dec 19, 2012 5:12 pm
RELATED TOPICS