Galatasaray score 3-2 victory against Schalke to go to quarterfinals 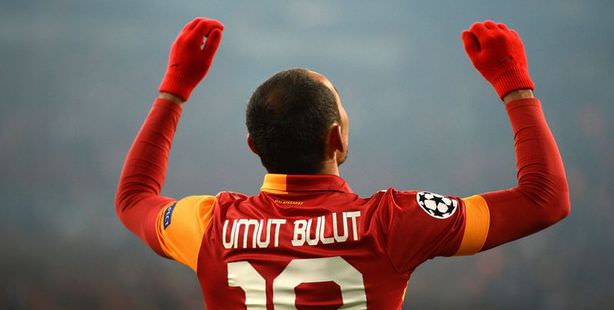 Hamit Altintop scored a stunning 30-metre goal to set Galatasaray on the way to a 3-2 win at Schalke 04 which sent them into the Champions League quarter-finals on Tuesday.

Galatasaray went through 4-3 on aggregate after handing Schalke their first defeat of the competition.
Roman Neustaedter gave Schalke an early lead but former Schalke man Altintop pulled the Turkish side level in the 37th minute when he collected a free kick and scored with a shot which swerved away from Timo Hildebrand and went in off the post.

Burak Yilmaz stunned the hosts by putting Galatasaray ahead with a breakaway goal five minutes later, his eighth of the competition. Michel Bastos levelled for Schalke 04 just after the hour but the Germans could not find the winner despite dominating the closing stages, with Umut Bulut snatching a win for Galatasaray in injury time.

Galatasaray started well with forward Didier Drogba shooting wide from outside the area in the fifth minute and he then saw a fierce left-foot effort palmed away by Hildebrand one minute later after Wesley Sneijder slipped the ball to him on the left. Hildebrand also did well to stop Selcuk Inan's shot from a narrow angle after Drogba played him through. Schalke's opener came completely against the run of play when Neustaedter fired home from six metres after Galatasaray failed to clear a corner in the 17th minute. But the visitors continued to enjoy more possession and turned the game around in a dramatic five-minute spell.

Altintop levelled with his first goal for the club and soon afterwards a Schalke attack broke down, Albert Riera slid in and his long clearance found Yilmaz, who outmuscled Benedikt Hoewedes and flicked the ball past Hildebrand. Galatasaray chose to sit on their lead after halftime but the tactic backfired as they were penned into their half. Teemu Pukki had a shot saved by Fernando Muslera at the foot of the post, Julian Draxler nearly scored after beating four defenders in a weaving run and Marco Hoeger smashed a shot against the crossbar as Schalke took control. Michel Bastos finally levelled in the 64th minute following another scramble in the Galatasaray area. Muslera denied Draxler with a stunning reflex save as Schalke poured forward without further success and Galatasaray secured their progression with a last minute score by Umut Bulut.