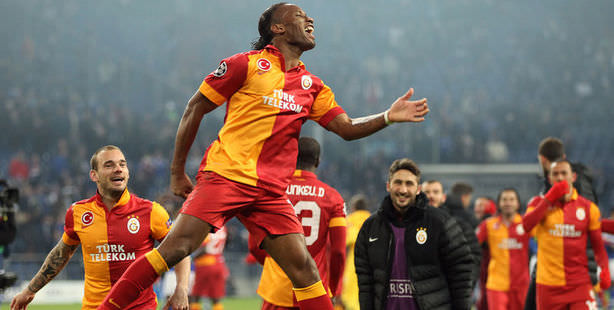 Galatasaray was paired up with Real Madrid at the UEFA drawing held for the Champions League quarterfinals in Nyon on Friday.

Nine-times winners Real Madrid will take on Galatasaray in a tie which pits Jose Mourinho, coach of the Spanish side, against his former Chelsea player Didier Drogba.

Real Madrid will be hosting the first game which will be played on April 2/3 and Galatasaray will host the return leg on April 9/10.

Real director Emilio Butragueno told Sky Sports: "We need to get a very good result at home because we know that their fans will make it very difficult there.

"Galatasaray have overcome some tough hurdles and they will be very competitive and by signing Didier Drogba they have improved tremendously," said Butragueno who was once Drogba's coach at a time when both were in Chelsea.

The pair-up brings to mind a historical match in the 2000-2001 Champions League season in which Galatasaray recovered from being down 2-0 to beat Real Madrid by 3-2 in Istanbul.

Turkey's second representative in European cups this season Fenerbahçe, who will be competing in the Europa League was paired up with Italian contenders Lazio in today's drawing.

The Europa League quarterfinals will be played on April 4th and 11th, with the following pairings: Chelsea vs. Rubin, Tottenham vs. Basel, Fenerbahçe vs. Lazio and Benfica vs. Newcastle.