Istanbul is ready to host the 2020 Olympics 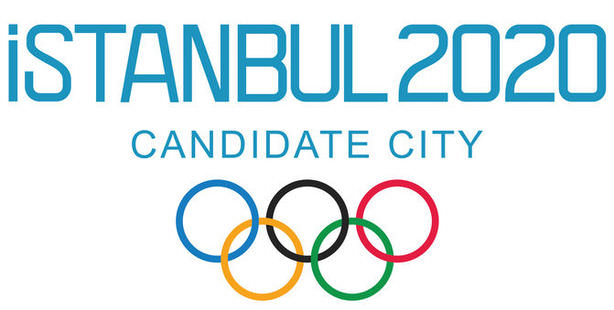 Addressing an International Olympic Commission Evaluation Committee in Istanbul to conduct a final inspection of the city for its bid to host the 2020 Olympics, President Abdullah Gül expressed just how determined they are to host the nation’s first Summer Games.

The opening meeting for a four-day inspection of Istanbul by the International Olympic Committee (IOC) Evaluation Commission, as one of the three cities bidding to host the 2020 Olympics and Paralympics, commenced yesterday.

Speaking at the opening meeting, President Abdullah Gül stated, "Both myself and Prime Minister Erdoğan are committed to hosting the 2020 Olympics in Istanbul. It is now Turkey's turn. We are more prepared for this now than we have ever been. We are a proud and sincere nation. We have a history founded on fulfilling the vows we take. The Turkish government and Prime Minister Erdoğan personally have offered full-fledged support to Istanbul's candidacy as well as fulfilling all of the promises we have made," stated Gül.

A GREAT GESTURE BY DROGBA

During a tour of the TT Arena, Didier Drogba, the former Chelsea Ivory Coast player Galatasaray signed earlier this year, had wonderful things to say about Istanbul and Turkey to Evaluation Commission Chairman Sir Craig Reedie and the other members of the delegation. National player Hamit Altıntop, who has played for both Schalke and Bayern Munich, was a big draw for the German members of the commission. After the committee departed, Galatasaray Technical Director Fatih Terim stated, "As a nation, we are ready. We feel that Istanbul is an important city and we want to be able to host the Olympics. From here and on behalf of our entire nation, we are announcing that we are an important candidate. All of us, in our entirety are ready for this organization. I hope the Olympic community will select us to be the hosts," said Terim.

PUBLIC SUPPORT IS AT 94%

Speaking to reporters Sunday evening, Istanbul 2020 Candidacy Committee Chairman Hasan Arat said, "Turkey has been a candidate four times in the past as a developing country. Now, we are bidding as a developed nation. We have worked and trained for this just like an Olympic athlete would." Referring to the last time the IOC visited Istanbul to conduct evaluations, Arat stated, "From 2001, this is a new Turkey and a whole new candidacy. This has been a long journey. Over the past eight years, Turkey's Housing and Development Administration (TOKİ) has built an Olympic village every four years." When asked about public support for Turkey's Olympic bid, Arat responded, "According to our studies, public support is now at 94%."

AN EMPHASIS ON 18 MONTHS

Istanbul 2020 Candidacy Committee Chairman Hasan Arat also stated, "TOKİ completed the Seyrantepe Stadium in 18 months. This stadium offers the greatest guarantee that we will easily be able to prepare the facilities we have pledged for the Olympics."

STATE MINISTER SUAT KILIÇ: "More so than our vision, I want to express our passion. It would be our greatest honor to be the hosts of the Olympics and Paralympics, which we feel we are ready for and are strong enough to succeed at."

ISTANBUL MUNICIPAL MAYOR KADİR TOPBAŞ: "Istanbul is the fifth most visited city. The world wants to be here and we are ready in all sincerity to host them."

2020 CANDIDACY COMMITTEE CHAIRMAN HASAN ARAT: "Istanbul has a dynamic population. With the current facility infrastructure, Istanbul is at a capacity to be able to host the Olympics."

ISTANBUL 2020 TECHNICAL DIRECTOR NEJAT SARP: "The cost of the Olympic village is 347 million dollars. We will be creating the perception of a locale which will combine the Turkish culture with the Olympic Games."

NATIONAL VOLLEYBALL PLAYER NESLİHAN DARNEL: "I believe that the 2020 Istanbul Olympic Games will be fulfilling a very important mission."

This is a translation of an article originally written by Emrah Kayalıoğlu.