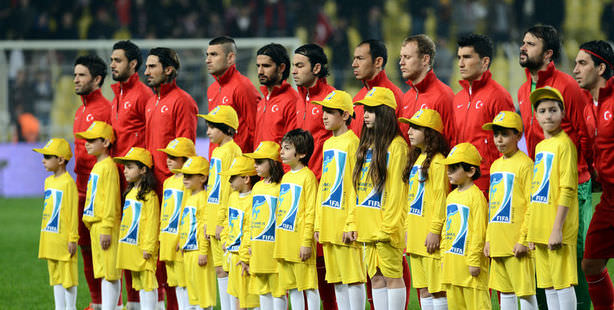 Turkey's hopes of reaching the 2014 World Cup finals in Brazil suffered a setback on Tuesday after they were held to a 1-1 home draw by Hungary in a Group D qualifier.

Burak Yılmaz raised spirits among the home fans when he headed Turkey ahead in the 62nd minute from an Arda Turan cross but their joy was short-lived as substitute Daniel Bode pounced on a defensive error to equalize nine minutes later.

Turkey moved up to seven points and remain fourth in the group, which is headed by 2010 World Cup runners-up Netherlands. Hungary is on 11 points.Turkey, who are looking to qualify for the World Cup for the
first time since finishing third in the 2002 tournament, and Hungary both wasted numerous chances to score until the hosts broke the deadlock.

Most notable was an attempt by Turkey's Alper Potuk shot wide in the 22nd minute while Hungary defender Vilmos Vanczak was unlucky to miss two scoring opportunities as he had a header saved by goalkeeper Onur Recep Kivrak and then hit the post. Turkey put on the pressure to secure a win throughout the game, but especially in the closing minutes. However, Hungary held on strong for the point that puts the team in second place behind Netherlands in Group D.

Turkey has moved up to seven points in the group, yet remains in fourth position. The leaders of Group D and 2010 World Cup runners-up Netherlands have 18 points. Hungary is now in second place with 11 points followed by Romania with ten points. With four matches remaining, Turkey is running out of chances to close the gap on Hungary in second place and Romania in third.