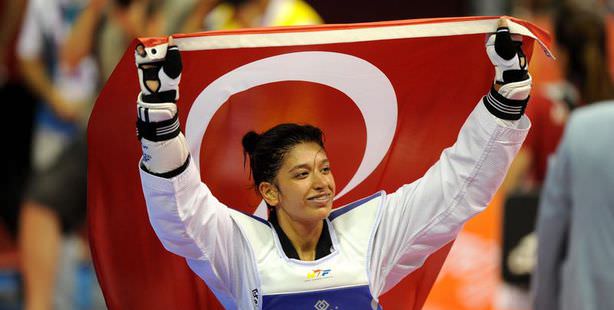 As of Friday, Turkey ranks second to Italy with 93 medals won thus far in the 17th Mediterranean Games being held in Mersin.

Turkey ranks second in the list of medal-winning countries with 32 gold, 33 silver and 28 bronze medals, while Italy dominates the top spot with 143 medals going into the eighth day of events at the 2013 Mediterranean Games.

On Friday, Turkey ended the seventh day of competitions with 3 gold, 5 silver and 2 bronze medals. Turkey is in second place in terms of most medals won with 93 medals in total and is followed by France, Egypt and Spain.

Turkey's athletes have broken their own record for medals won at the Mediterranean games. With 93 medals thus far, Turkey has far-surpassed its previous record of 73 medals won in the 2005 games held in Almeira, Spain.