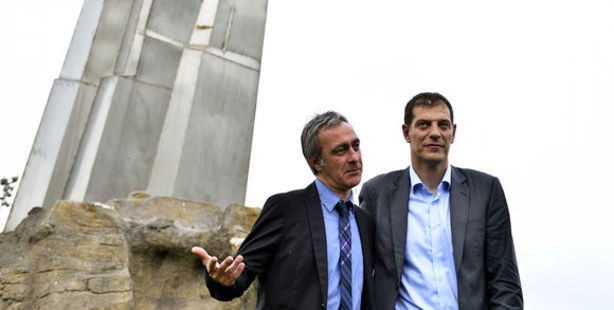 Beşiktaş has signed a three-year contract with technical director Slaven Bilic, while Fenerbahçe will be bringing on Ersun Yanal to coach the team for a year.

Speaking before the signing ceremony in Istanbul, Bilic said, "I am very grateful that I came to this wonderful country, and to have the opportunity to work in this club."

Beşiktaş Football Director Onder Ozen stated, "We have signed a three year contract, however our wish is that he will work with us for many years to come."

Technical Director Bilic, aged 44, started his career back in 1988, playing for a hometown club, followed by a successful playing career in Germany and England. After his term as a footballer, the Croatian coach briefly took charge of his hometown club Hajduk Split before launching his coaching career in earnest with the Croatian U21 team, which he managed between the years 2004 and 2006. In August, 2006, Bilic took on the official national team, which he coached until announcing in May of 2012, that he had signed a coaching contract with the Russian soccer club FC Lokomotiv Moscow.

Ersun Yanal will replace Aykut Kocaman as the new technical director for Fenerbahçe after the former left the team at the end of season.

The Fenerbahçe Football Club announced on Thursday that they have signed a one-year contract with the former Trabzonspor coach Ersun Yanal.

In other news, both Fenerbahçe and Beşiktaş received UEFA sanctions on Tuesday banning the two leading Turkish teams from participating in European Cups on charges of match-fixing during the 2010-2011 season.