Fenerbahçe and Beşiktaş to be included in drawings for European cups 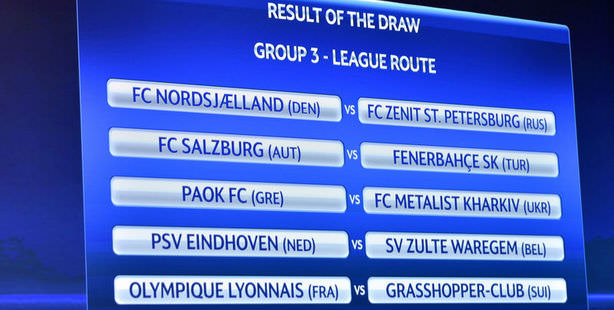 Turkish football clubs Fenerbahçe and Beşiktaş will be included in the draws for the Champions and Europa League.

Turkish football clubs Fenerbahçe and Beşiktaş will be included in the draws for the Champions and Europa League after the Court of Arbitration for Sport (CAS) temporarily lifted UEFA bans for their involvement in a match-fixing scandal.

Both clubs were banned last month after a UEFA inquiry following the scandal in 2011. European soccer's governing body banned Fenerbahçe for two years and Beşiktaş one.

"Due to agreements reached between the appellants and UEFA, the decisions challenged by Fenerbahçe and Beşiktaş were stayed and will not be enforced until CAS issues its final decision in each matter," said a statement issued on the CAS website on July 18.

"The hearings will take place in August with a final decision being issued before August 28 for Fenerbahçe and August 30 for Beşiktaş" said the statement.

Fenerbahçe has been paired up with Austria's Salzburg in the UEFA Champions League third qualifying round drawing a day after its match-fixing ban was stayed.

Fenerbahçe will play an away game against Salzburg on July 30 or 31 and will meet Salzburg in Istanbul on August 6 or 7.

Galatasaray which are the champions of the Spor Toto Super League 2012-2013 season will participate in the UEFA Champions League directly at the Group Stage level.