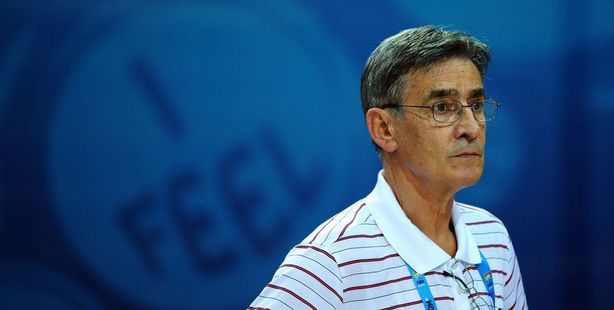 During a press conference held on Thursday, the coach of Turkey's National Basketball Team Bogdan Tanjevic stepped down placing the blame on his departure on himself. "I am to blame," said Tanjevic, "I thought we would easily pass the first round. However, I was wrong. I want to thank everyone who I consider to be family."

The Tanjevic era of reign over Turkey's National Basketball team officially came to an end on Thursday. After Turkey's dismal performance in the European Basketball Championship in Slovenia, in which they won one game and lost four, Tanjevic resigned yesterday citing his focus on further rounds resulting in the team's failure to make it past the group qualifiers. "I bear all of the responsibility. Because I believed we would easily make it past the first round, I was focused on the games against Spain and Slovenia in the second round. This resulted in lowering the respect our players had for their rivals. We paid the price."

Turkish Basketball Federation President Turgay Demirel told reporters that they have accepted Tanjevic's resignation. "He is a man of basketball that has served for Turkey's basketball since 2004.

Demirel explained that they will now be taking a different route and stated, "There are other trainers that deserve this position. We will be talking to them soon. We thought we would continue with a coach that was more familiar with the team; however, we may not have made the right decision. We learned the necessary lesson from the European championship."

With Tanjevic stepping down, speculation is stirring over who will take his place. The strongest candidate is said to be Ergin Ataman, who is currently Galatasaray's coach. Another candidate being named by circles is CSKA Moscow trainer Ettore Messina.