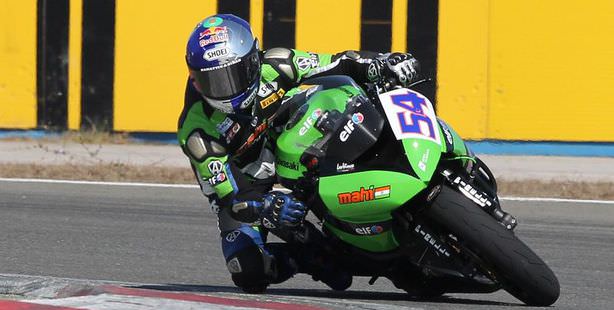 Turkish motorcycle racer Kenan Sofuoğlu won the title for the 11th leg of races in the FIM Supersport World Championship held in Istanbul on Sunday.

Turkish motorcycle racer Kenan Sofuoğlu won the title for the 11th leg of races in the International Motorcycling Federation (FIM) Supersport World Championship held at the Istanbul Park circuit on Saturday.
Thirty-four motorcycles racers competed in yesterday's circuit of 16 laps. MAHI Racing Team India's reigning world champion, Turkish racer Sofuoğlu kicked off the race with a crowd pleasing pole position and maintained his spot in second place for the majority of the race. With an onset of attacks in the final laps of the race however, Sofuoğlu came out on top, securing his first win in his home circuit in front of a 51,000 plus crowd with a time of 31.59.707. This was also Sofuoğlu's fourth first place win after winning previous titles in Phillip Island, Imola and Silverstone.