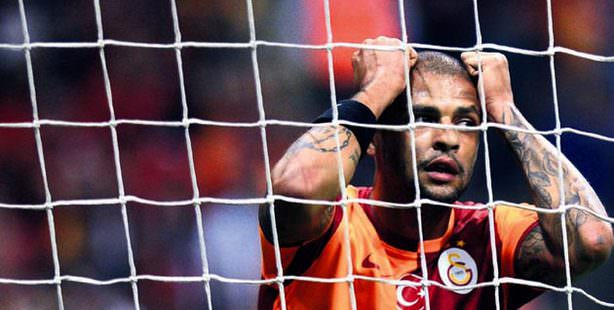 Galatasaray set out with high hopes yesterday in what was their first group stage game in this season’s Champions League. However, with their first competitors being Real Madrid, unfortunately last night’s hosts Galatasaray had a lesson to be learned because they were certainly schooled by the Spanish side in Istanbul with a 6-1 loss.

Last night Galatasaray was schooled on its home field by Champions League Group B rivals Real Madrid. With a hat-trick by Ronaldo, two goals by Benzema and a sixth by Isco, versus Galatasaray's measly single score by Umut towards the end of the game, the team has suffered a blow to their morale in addition to their fourth consecutive loss leading up to a highly anticipated derby game with Beşiktaş.

A hat-trick from the Goal King

Having scored 12 goals in 12 matches last Champions League season, Cristiano Ronaldo has now kicked-off this new season by racking up three goals in last night's game. In the past three official games played between Real Madrid and Galatasaray, Ronaldo has scored a total six goals. Last season he scored once in Bernabeu Stadium and twice in the TT Arena coupled by last night's hat-trick. By scoring 53 goals in 94 games played for the Champions League, Ronaldo has become one of the top fourth highest scorers in history for the European league and was the 2013 Champions League season Goal King. Galatasaray on the other hand has become the first Turkish team to suffer a six goal loss on their home field.

Galatasaray appeared to be in good form at the start of last night's game. When Real Madrid goal keeper Iker Casillas exited the game just 15 minutes in, it seemed hopefully the match would be to Galatasaray's favor. However, the home team suffered a significant blow when Pepe crashed into Didier Drogba who had to be sent straight to the hospital in the first half of the game and was replaced by Amrabat.

Galatasaray suffered their first goal in the 33rd minute by Isco. In the 54th minute, Benzema's score opened the floodgates for the visitors from Spain and Ronaldo proceeded to follow with third and fourth goals just minutes past the hour mark. With nine minutes remaining, Benzema scored a fifth goal off a free kick from new hundred-million euro transfer Bale that was brought in by Ronaldo. With just six minutes left in the game, Umut Bulut scored Galatasaray's sole goal. However, it was Ronaldo who capped the game in injury time, securing his own hat-trick and a sixth goal for Real Madrid.

Galatasaray will try its luck in the Champions League next on October 2nd against Juventus, however first they must contend against league leaders Beşiktaş on September 22. On October 23, Galatasaray hosts Copenhagen and on November 5th their Danish rivals return the favor. Galatasaray face off against Real Madrid in Spain on November 27 and on December 10th they host Juventus for their final foray in the Champions League group stage.