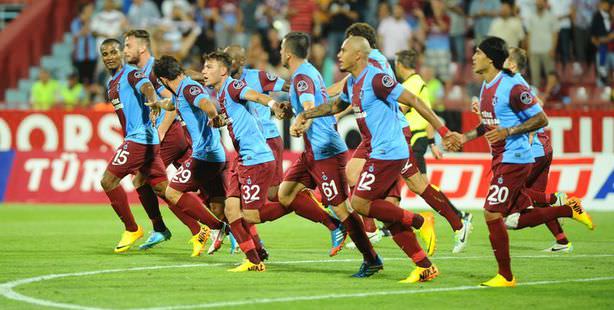 Last night's victory marks the sixth win out of a total seven games played by the team under Coach Akçay in European leagues. Trabzonspor, Turkey's representatives in the Europa League experienced a comeback Thursday night after falling behind in the 18th minute when Sangoy's penalty shot turned into Greek Cypriots Apollon Limassol's first goal. Trabzonspor's Florent Malouda equalized the score just one minute later. However, it was Yusuf Erdoğan, who entered the game in the 77th minute, which sealed the win for visitors Trabzonspor in the 86th minute of the game.

Trabzonspor has managed to win all four away games played in European leagues this season. In fact, up until last night's face-off against A.Limassol, Trabzonspor had yet to see a goal make it into their goalpost in games abroad.

Trabzonspor has now secured second place in Group J with Thursday night's away victory. Although they share the same three points, Italian representatives SS Lazio are in first place after last night's win against visiting Polish team Legia Varsovia. Trabzonspor will next host Lazio on October 3rd followed by another home game on October 24th this time against Legia. November 7th, Legia returns the favor and on November 28th, Trabzonspor hosts their Greek Cypriot rivals Apollon. On December 12, Lazio will host Trabzonspor for the final game in the group stage qualifying round.