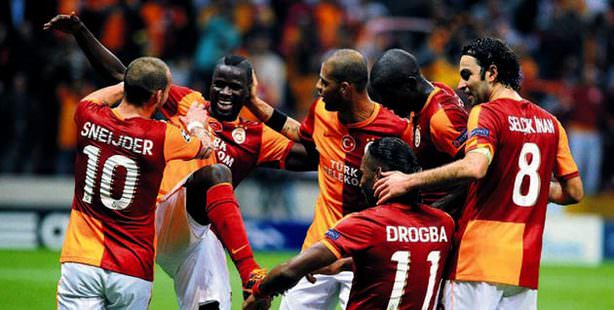 Galatasaray scored their first Champions League victory this season with a 3-1 against visiting Copenhagen. With goals by Melo, Sneijder and Drogba, Galatasaray has now secured second place behind Real Madrid in Group B of the Champions League qualifying round.

Galatasaray now harbors strong hope of maintain their position in second place in Group B with four points, in order to secure a spot in the Champions League finals. First half goals by Felipe Melo (10th min.), Wesley Sneijder (38th min.) and Didier Drogba (45th min.) sealed the deal as Copenhagen's sole goal, scored by Claudemir De Souza, came in the game's 88th minute. Galatasaray's next Champions League test will be on November 5th in Denmark as Copenhagen takes on the hosting duties. On November 27th, Real Madrid host Galatasaray and on December 10th, Galatasaray host Juventus.

Galatasaray Coach Roberto Mancini commented on last night's win by stating, "We played an excellent first half. I was not expecting us to display such an excellent performance in the first half, because as a team we still need time. We played excellently for 60 minutes."

Commending the fans on their outstanding display of support for the team, Mancini stated that the group is still open. "If we want to play a final with Juventus then we need to develop ourselves further. For a chance to make it past this group round, we must be in better physical condition," stated Mancini.

Also in Group B, Juventus lost to Real Madrid by 2-1, which places the Italian representatives third with two points behind Galatasaray. Real Madrid is the group's take-away leader with nine points. After last night's victory, Galatasaray follows with four points, a much better standings outcome than their previous position in last place. With last night's loss, Copenhagen now takes up the rear with a single point.